Ha hah...
No, I'm thinking on this topic right now. Look to put these thoughts into this blog post. Stay tuned... 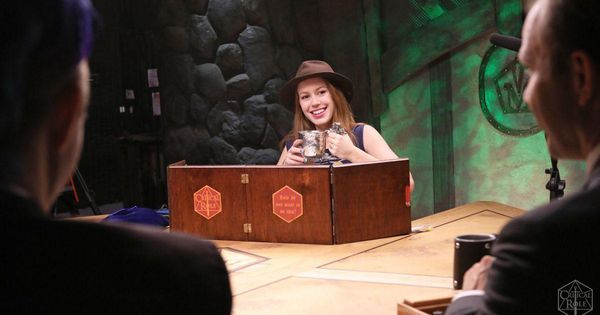 The first thing about running a game is I must love it. I need to love the genre the game is to be played in. I believe the first session the DM needs their enthusiasm for the setting to be palpable and relatable to the group of new adventurers. Maybe I need to rename this post, How I Start a Game? Point being players are going to start whacking at the game world to get orientated. The best tool for this is the same tool as the pulp writers of the 20’s used in their stories, media res. In action. Players like to ask a lot of questions during the first session which tread towards the mundane. “Do I have enough of and the right gear, can I hang around the tavern and collect rumors, who’s running things in town? This kind activity. They are using mundane actions and routines to safely pull initial facts out of the DM’s world. Armed with facts the PCs feel they can now exert control over the game environment and ready to jump at the first thing of interest that pops up

I try and drop all that shit. A problem up front takes attention away from equipment lists and on adventure occurring now, in the moment. Granted, the PCs will go right to the character sheet when play first begins and they are facing conflict hot and frothing. This is all for the good. Players should be using their valuable time to infest their imaginary friend with genre-appropriate goals and ambitions. My prep before the first session is voluminous, and then gets whittled down to an opening scene I think is cool. If I have certain events or encounters which will happen, I put those in a simple list I can refer to so as not to forget dropping cool stuff down on the scene. The voluminous nature of the prep comes from my inherent enthusiasm for the genre to be played. It is also a good method to get any predictable, not cool, people and places axed out of the scene immediately. On prep, you can always do more. I do not think lots of prep is an indication of anything but enthusiasm for the game. Just make sure you come back to the central conceit; the action is where the PCs are and what does this action all needs to facilitate interesting roleplaying? I’m not trying to remember all this world data, I’m trying to get comfortable moving around in it and I know what the interesting NPCs are up to.

Getting into the action right away cuts off wasted time dithering about looking for an exit into fun world. It offers plots afoot which must at least be recognized. The PCs need to have an investment in this initial encounter too, if you want them to develop their own relationship and reaction to the opening scene. It can be as simple as “Here is what you are doing, and this is happening.” Or more involved. That does not hurt one way or another either. Enthusiasm for the genre by everyone at the table self-directs the PCs into daring feats of heroism without the need for extensive backstory. Giving the PCs a job to do at the start at least gives them something to walk away from and say “No way!”

Okay, first session is done and the PCs have some trouble they either want to run towards or run from. Now I am thinking pacing. What is the flow of events, outside of the player’s actions, which will impact what they are doing now? Is something a straight up confrontation and resolution? Then the pace is straight up confrontation right now. Is the encounter dropping a bit of information on their current ambitions? The importance they assign the information will inform pace. Just to back track a sec, what is the pace of the opening session, or what do I do? Pretty hot. And this is created by having NPCs worth interacting with. And you can’t have NPCs worth interacting with unless you know what they want, what motivates the NPC. My important NPCs get a lot of thought. I want to confound expectations while still securely moored in the tropes of the genre. Keep the best stuff in and throw out everything that gave you an eye roll during your genre-relevant reading. Confounded expectations are created by having characters which interest them, or are needed, and find the one or more things the PCs and the NPCs won’t see eye to eye on. Make sure it comes up.

In between sessions I’m writing a lot, and much of it goes straight into the waste basket. I imagine screen writing for a television show is very similar. The best version of the playable information is in the last revision of the session’s material right before you go on air. Rewriting the connections and possibilities of NPC reactions is standard with the way I run a game.

I probe players with advanced knowledge or refined tastes on certain topics hoping to polarize some of their character’s views early on. What is their importance in relation to the topic/guild/practice? Why does a god care about them, and what are you supposed to do to honor these gods?

Retaliation. Retaliation by those the PCs have come across. I never give up an opportunity on forgotten hounds of hell to catch back up. This makes the world more personal to everyone, I think.

And that is basically what I do to run a game. Think about it constantly so when game time comes around, I have a better chance of interesting things to say and maybe, just maybe, I’ll be able to keep my nose out of the rule book.