Is the Cleric spell Protection from Evil too powerful?

This question, one of many from Mark, regular gamer and commentator on all things Vanishing Tower (VTP), is definitely an issue I put in the undecided box. And is a spell, much like Read Magic, which I struggle with cap-stoning with a definite and unequivocal opinion. The tendency for myself and players is towards specificity. The nebulous definition of “Evil” in a variety of fantasy relevant context is rendered more apprehensible with hard walls. Hard and fast definitions. “Elves are good, Orcs are evil.” Black is back and white is just alright with me, just alriiiight, oh yeaaah. 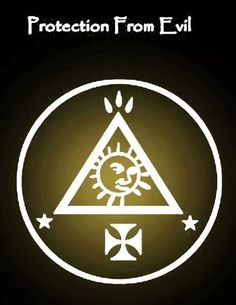 But my game world, my fantasy campaigns tend to begin with the question, or nature, of evil relatively unanswered. Outside of societal norms defining moral and its opposite, evil, the nature of a roleplaying game is to have these big questions answered in play. And so is why everyone wants to know the answer to these type of questions before play, or when they come up. So my answer is the bullshit one, it depends. What is the right call at the moment? Everything in a roleplaying game is case and or context dependent. Some one has to decide what is or isn’t evil in the game world and that job ultimately ends in the DM’s lap. My best efforts have come to a couple of “best practices” I’ve adopted for myself. Have the player define what their god considers good and evil. Accept it and incorporate their ideas into the pantheon developing. And when I say accept it I don’t mean make it all true. Just be super-mindful of it and you can be prepared for when you have something they believe their spell would protect them, and it doesn’t! If they really start to push on it sucking ask them if they have considered their god may not be correct in all things? Maybe their god is fucking with them? Maybe their god lied about this subject? It makes sense to attack, or frame, the PfE spell with less specificity on the front end because it preserves the fascinating feature of emergent play.