Slaughter a Sacred Cow for Santa

On this Thanksgiving eve I feel a bit reflective, philosophical and wish to hold court and slaughter some sacred cows for the fires of Tar-Aweil.

Classic Traveller’s adventure modules. I will spill this beast’s blood first. They are uninspired piles of  space dung. It is said H Beam Piper’s stories were a touchstone of inspiration for the original Traveller game and it is apparent in the official adventures. I have read H Beam Piper. It is awful. Not only do the Classic Traveller 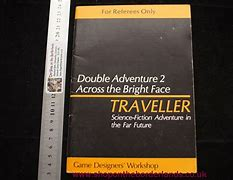 adventures present as limp lines of text it ushered in the “official” Traveller Universe, the Third Imperium. Official settings appear to be inevitable with any successful roleplaying game and I have no interest in moaning the soul-killing beast official settings can be for cool games. Not now. I will probably get up into that though at some point before the holidays are over.

But for Traveller it was tepid adventures laid into a tepid game universe. The Pirates of Drinax have been hired by the King to…. Aaagh! Snoozefest. Science Fiction is wild. It is really fucked up shit smashing through the technical power of humanity as it marches through the stars, it is the unrelenting incomprehensibility of the cosmos which make a science fiction adventure good. The first few published adventures for the game quickly buried the genius of the tight game kit for referees and players for years to come. Just for the record, I love Classic Traveller rules. I dream of building and running a Dune-like campaign universe to sketch my roleplaying ambitions on and I would do it with Classic Traveller.

I know this probably comes across like I’m picking on the slow kid in school but let us now turn to the Palladium Setting books. System dreadful and convoluted but great setting books. Yin-Sloth, Western Empire, Timiro. A paragraph here and there around a made-up name a great setting book this does not make. The maps in these books shows what the creator thinks of fans and players, not much. Your campaign notebook has better maps then Palladium setting books. 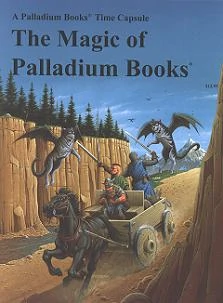 The one for the north has this bad ass illo on the cover. Coyle witch doctor and undead crawling out of a frozen forest pond. Metal as shit. Take my word for. Just tear off the cover and throw the rest away. So the total amount of ink I find reviewing the Palladium canon is depressing in its sucky-ness.

Gurps source books are great! No they are not. They are a dagger into the heart of good fun and inspired adventure in many a naïve new roleplaying heart. Did you want to play a game in the Rome Imperium because you wanted to know the names of how they measured wheat. Or what they called their houses. No, you want to stick a short sword in a barbarian’s neck, race chariots recklessly and burn down cities! Many, many ttrpg setting books have sickened a dreamy mind dry. Inspiration, not accuracy is what players and referees need. Take for example B4 The Lost City by Tom Moldvy. There is a pretty complete adventure and sketched out city for a setting. Not much. All in thirty-two pages? Since I’ve played that module in high school I didn’t see a full-on setting book worth a shit until Yoon-Suin! You see, the value of a setting book is guiding one into genre-fidelity when spit-balling the moon, not in “accuracy”. 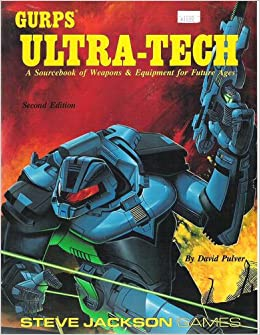 My advice is steer clear of Gurps and Palladium setting books. Take what fires you up about an adventure setting. It is not in the setting details. There must be a sophisticated layering of useful bits which end up imparting flavor. Not facts.