Working on some referee sheets for my USR Sword & Sorcery game set in the World of Xoth. The untold misery I have caused my players flipping through my homebrew notes for the necessary game materials may now come to an end...

This document is now available on RPGNow. I've added Wilderness and Sea Travel information as well as a Wilderness and Civilized Encounter checks, not to mention a USR Sword & Sorcery Character Sheet! 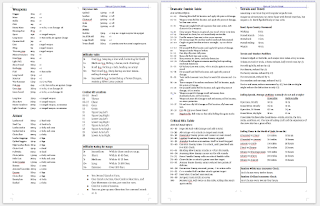 The full random tables have Wilderness and City encounters, Magical Research Encounter table, and a table to see what happens when your PC's start fires within a city!
Posted by Jay Murphy at 3/12/2016 No comments:
Email ThisBlogThis!Share to TwitterShare to FacebookShare to Pinterest
Labels: Sword & Sorcery, USR, Xoth 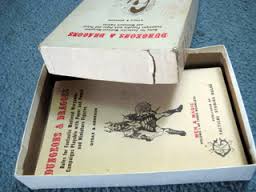 Roll 3d6 in order for your PC's attributes, except Intelligence (2d6+6). These are the eight basic attributes to be rolled; Strength, Constitution, Size, Intelligence, Power, Dexterity, Appearance, and Education.

Additional attributes are Sanity, Effort, Stamina, and Hit Points. These are figured per the normal rules found in the Basic Roleplaying book.

Skill Category bonuses are assigned the full value of your PC's attribute. For example; Intelligence is the Primary characteristic for Mental Skills. A PC with an Intelligence of 13 would add +13% to all the skills base values. Whether or not a PC can use a particular skill is entirely at the discretion of the the referee.

After your PC's attributes are written down you can chose your character's class. They are Fighting Man, Magic User, Cleric and Thief.

The Fighting Man adds +25% to any one of the four Combat skills. The Martial Arts skill starts at (STR+INT+DEX)% base value for the Fighting Man

The Magic User has the ability to read magic, and this is reflected with a +25% to Knowledge (Magical) skill. This skill begins at (POW+(INT or EDU))%.

Clerics have the power to turn undead at 25% plus POW. They also receive the ability to cast divine spells when their Knowledge (Divine Magic) reaches 51%. This skill begins at (POW+(INT or EDU))%.

Choosing the Thief class grants the PC +25% to the Climb skill.

That's it. The details of a magical character's spells and capabilities will need to be hashed out with the referee.

If a player wants his new PC to be a race other than human consult with your referee to establish racial abilities and restrictions.