The text is poached from An Eye for an Eye by Steve Long. It is not a "one-click" set up, but while in the middle of a fast and furious car chase these generators will 1. prevent the GM from freezing up trying to decide which way the road goes next, and 2. stay up on the screen so as to refer back to it and not have to remember what was rolled. 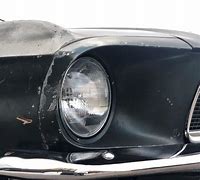 Here is the edited audio of the adventures had. I felt this episode was a direct channeling of your favorite war movie. Auto fire, hand to hand, tanks!
Posted by Jay Murphy at 6/28/2020 No comments:

Saar was modifying Anderson's power converters when he showed to pick them up.

“Wait out side. I'll get 'em for you.” Saar then plugs in the data chip and begins cracking. There are 8 files. All of various degrees of complexity, therefore various degrees of time to crack. Saar goes to work on the easiest. Time stamped photos of a corporate party in Kazawan City. The photos seem to focus on one individual in particular. It will take a facial recognition app to try and figure out who he is. Fifteen minutes tops. While the comp runs the program Saar looks up at the wal-vid broadcasting the latest scream sheet.

“Gang violence breaks out at the Synapsis club between off-duty Omni Security and the Binary Dogs. No information yet on why these off-duty officers were at the club or why they engaged gang members, but Omni Security has requested anyone with any information on the whereabouts of Officer Jones [Picture] or Omni Contractor Hernandez [Picture] please contact Omni Security immediately. They should be considered armed and dangerous.”

A series of video camera footage just outside the entrance of the club in the top floor of a high-rise is being looped showing Jones and Hernandez entering the club with two other men. Quick head shots of the deceased Binary Dogs are displayed, then the usual quick reactionary crowd shots of the average Vanders citizen at the scene complaining about police corruption, the drug-trade and the poor colonists stuck in the middle trying to earn a living.

“What the frak?!” When Saar left Jones and Hernandez they were heading to the Below Zero to collect the cash Bargar Vas promised them for getting the water turned back on out at Oh-Rif. What were they doing hours later at the Synapsis in a gunfight? And where is Schmidt? Sergeant Schmidt ran the mission out at Oh-Rif. Last he knew he had just got done debriefing the chief and collecting credits. Well it sure as purple-acid-rain did not concern Saar at the time. “My fraking fingers hurt.” He winced as he stabbed his deck for the readout.

“Hey Saar”, this was Mr. Anderson punching his apartments com. “Someone is here to see you.”

Saar bends back over his comp and begins an extraction program on the next most easily hacked piece of data. Six hours. “Run it.”

“He says he can't really leave until he sees you.” the apartment's com crackles again. Aw hell, Saar punches the door access code. Anderson and Yang come back in with a well dressed man. Obviously Kazawan City, not a colonist. Anderson introduces him as his boy Hugo Rossi. Both Rossi and Saar look at each other trying to figure out why in the hell either one them would be talking to each other. Rossi trimmed out, good job obviously, standing in a pumped cube in the dome talking to cut up, electrocuted, dying computer hack. Saar was concluding once again he was shit at choosing friends.

“My employer, Mr. Down, would like to talk to you if you wouldn't mind?”

“I hope so, or I've taken a two-hour tube ride for nothing.”

“Collace Down. His son just returned from Xxcarvis. He is concerned about his son, the condition of his return, and for some reason now he wants to talk to you. He also advises that we try and leave the dome as soon as possible.”

“Down is big in the professional circuit,” Anderson beams, “his son, Flare is probably the top celebrity sports star on Skalvil. I've raced against him before, he's totally cool.”

Saar accepts he will not be having a quite night at home but says he can't leave until he makes a few files. He wants forty minutes. Rossi doesn't see any problem with that and shortly thereafter the group hits the concourse and grab a tube to Kazawan City. Down lives in a plush high-rise and they are escorted into what can only be the suite's lounge. Rossi fixes everyone drinks while a house attendant treats Saar with stimpacks and NueSkin patches.

Heavy set with a face sandpaper-washed from time spent outside the environmental domes of Skalvil. Sharp dressed. Longtime local who made it good somehow.

"Thank you for coming. I see you have met my mechanic Hugo Rossi. He has a lot to do with keeping this family in the winner's circle and a truly capable hand. But despite all my capabilities I have some current issues I am having some trouble wrapping my head around and I believe you may be helpful. It is my understanding you were recently out at Oh-Rif. Specifically, you were on the ground dealing with the seizure of the facility by terrorists. Is that right?”

“Yes. Sergeant Schmidt, Omni Security. He hired me along with some other of his contract help to go out and see what the problem was.”

“What did you find?”

“What was reported. Some unknown armed group had taken over the facility, disrupted the water flow. Don't know why. Attracted a whole bunch of attention. How could it not. Angry colonists were outside ready to force their way in if the water didn't get turned back on. My group secured the facility, engaged the terrorists. We killed some. Some got away. Looks like they killed the whole staff their too. Didn't make much sense. Still doesn't. But it paid. Once we contacted Omni with a sit-rep the salaried boys rolled in and told us to go home.”

Down drains his glass and sits on the couch. Arms spread, his prodigious stomach sticking out form his jacket. “My son got into trouble on an expedition on Xxcarvis. Championship grav-skiing on those tremendous ice peaks. Film crew, the whole works. Going to set a new frontier record no doubt. Now it is a four week journey one way so I don't expect up to the minute briefings, but that I was almost able to keep up daily with the expedition group. They would tight-beam their daily logs from the range to the Omni-Sun drilling facility. There they would be loaded onto the next transport out. There is enough regular commercial traffic out of Xxcarvis that every other day I had footage. He must of got into some trouble out their because the daily tight-beam stopped. I paid the Scouts to get out there and look for them. The Baudy Beth I think it was. 200T free-trader, 2 jump capability. Four weeks out, four weeks back minimum. A crew of four. They returned two weeks ahead of schedule with my son, the body of one of the scouts and the sole survivor of the trek. I still have not got any information on the whereabouts of the other two crew members.

“The official report is they came across Flare in life-pod orbiting the gas giant at 0304. Still 2 parsecs out from Xxcarvis. Word is he was never on Xxcarvis. No trace of his ship, his crew. He is not okay. Something happened to him. The surviving scout from the mission I have been unable to find out who or were he is. Probably under lock and key at their base here in the city. I was able to find out the body of the dead scout had been transferred to Oh-Rif. So I want to ask you again: What did you find?”

Saar let the stimpacks take him far away from his singed skin and lacerated torso. “They had some EMP device. Detonated in the power room. Brought the whole facility down. No power, no communication. They killed all the staff and took a body. They fled on boat out into the Skalvil Sea. We found it beached on the north shore. Original crew bound and executed. Most likely killed before the terrorists used the boat to enter Oh-Rif. They fled into the wastes on a four-wheeled ATV. The frequent acid-rain storms had quickly made their trail impossible to follow. Schmidt returned to the Omni tower to debrief and collect pay. I came home to find, well all of you.”

Saar looked at the rest of the PC's. They all seemed happy with their drinks. “All I can say it didn't make any sense.”

“I want to take a look at that body. Do you think you can find it for me?”

“Sure, were do you think we should look?”

“There isn't much north of the Skalvil.” Downs picks up a remote from the table and turns on the his holo-vid. A three dimensional image of the rain scarred wastes of Skalvil in brilliant display. The Skalvil Sea was prominent then the display zoomed into the terrain north. Three colonies were identified: Krunner Farm, Harean Station and Horsail.

“Harean Station is a slug farm, protein bases for you poor colonist’s food supplies out there on the plains and you poor dome'ers living on subsidy. Krunner Farm harvests Hellboria Wood. Very hard, very colorful when back lit and very expensive. My bar top here is a nice specimen. Horsail is a fracking operation. Anyone heading north via ATV's cannot get very far without living, knowing or being supplied by one of these colonies. Someone is going to know who they are and where they are. I suggest you start out immediately. Omni knows as much as this too. If they are hot to track down the terrorists, they will be heading there soon. But then again, now the facility is back up maybe not so soon. Hugo here has tuned up the Trell III, a capable back country air raft. Enclosed of course. He has agreed to accompany you all. As a top mechanic you shouldn't have to worry about breakdown.”

I mashed two tables from the internet to create a quick space wreckage encounter with a little spice! Thanks random internet tables...

Here is a instant generator I cobbled together out of some old Judge's Guild Traveller products. The use of this generator is when and if your PCs end up in a section of space previously unexplored by any agency. It is not fine grained, detailed or offering up interstellar stats. What it is for is to give the Referee something to work off in an instant notice! The obvious initial use of this generator is when your PCs miss-jump trying to navigate through hyperspace/jumpspace!

The home-brewed supers action crackled across the internet the other night and I finally managed to get captured. Like a clear shot of Spidey over Manhattan, it has been hard to come by actual footage of this new Champions campaign. Pilot error was kept to a minimum and the two hour session has been edited down to 52 minutes. If you enjoy listening to game sessions this edited audio (a format I try to get all my sessions into) shortens listening time and weeds out all the ramblings of middle-aged men and keeps the recording focused on the actual game action. If you do not enjoy listening to recorded game sessions then please, do not click on the following video.
If you are a fan of OSR supers game (Villains & Vigilantes, Superworld, Champions, etc.) then this campaign may be up your alley.
Posted by Jay Murphy at 6/04/2020 1 comment: