I remember penciling in all the pluses to hit AC per weapon type, but I don't ever recall the DM paying any attention to it. I think we had to dig into the Monster Manual to identify our opponent's armor class and push the issue. You added strength bonuses if you had it and yeah boyo magic weapons was how you improved your chance to hit.

I do know for a fact we never played surprise as outlined in the Dungeon Masters Guide. Too bad, it would have added a layer of deadliness, a quickening of combat which the drag out nature of "did I hit, yes 6 points of damage" and the DM would make some notes on paper would sometimes bug me about D&D combat. We were teens so combat really only became cinematic when fireballs were unleashed or the monk PC tried something stupid.

But I pulled out my 1e DM Guide cause, well, there are so many things which delight and frustrate me about the AD&D system I like to revisit the 1e books and figure ways to enhance my B/X games or port the flavor of the classic D&D magic system into BRP. And so I was reading the surprise rules on page 61 getting the usual bemusement. That is a necessary mechanic, providing a rules for a combat event I would want to have in my game, but man they are worse than the los rules in Wellington's Victory. I think they are a confusing mess.  I can see why my DM in those heady days just passed them up.

On page 62 though the rules on surprise made me perk up and get interested. And I quote; "Because the party surprised is (relatively) inactive, the surprising party will be able to attempt telling blows during each segment of surprise as if the segment were an entire round!" Okay, now there is a reason to figure out those fiddly segment rules back on page 61. A chance to land more than one telling blow before an initiative check. But here is the combat game changer I never saw at my early game table; "Even if distance prevents striking with weapons, the discharge of arrows, bolts or hand-hurled weapons is permissible at three times the normal rate..." 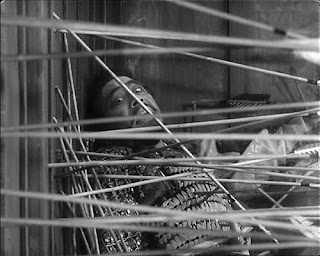 I want to track down my old DM, book in hand and wave it around saying WTF?! This rule never hit our table. I generally prefer my Moldvay B/X rules over AD&D. Clarity, brevity, and well organized the first rpg rulebook I had was really helpful. But this rule is kind of a tactical combat game changer. It incentives setting up surprise situations, ambushes you know. Also a place to dump all the gold your PC's are accumulating; bow-wielding henchmen.

The Dungeon Masters guide is a thick book with rules scattered pell-mell so I know there are many more my early gaming group never used. And generally when I peruse my old books I don't really care. The new retro-clones available now clean up the rules mostly to my satisfaction. But the surprise rules, there is something there to like.
Posted by Jay Murphy at 4/30/2017 No comments:

Email ThisBlogThis!Share to TwitterShare to FacebookShare to Pinterest
Labels: Dungeons and Dragons

I've never been to a con, but

I already have a huge beef. Whenever I google a con, whether I end up on their web site or a press release, the con never says where it is. Australia, Ethiopia, Cleveland? Fuck if I know. Pick a con, any, and maybe you will get dates on the splash page, and then...? 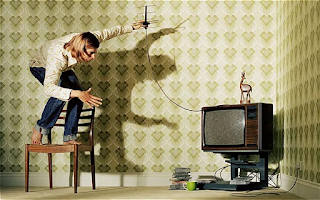 Build it and they will come is not a recipe for success for RPG conventions. I guarantee a game convention success is happenstance, relying on the sheer desire and interest of the participants. And your customers are being thwarted by your lazy-ass text. Just let people know where the event is being held. I'll help; "No story-games-allowed will be held in Aspen, CO, USA (emphasis added) December 8th - 10th 2017 at the Mt. Chalet. For further information email jay@resortrenovations.net." Just cut and paste and fill in your gaming convention's pertinent details.

Put this info at the top of your web page. This will allow an untapped market of interested gamers the ability to say, I can make that. The quest should be found at the game table, not the reservation desk.