The OSR has spewed forth the best reflex action towards startling talent with the curdled froth of independent zines. The turgid underground of free thought every child learned to articulate with a Tonka Truck in one hand and a headless GI Joe doll in the other on top of a sun soaked sandbox is given free reign with the current OSR zine scene.

I dipped my financial toes in the water very selectively. These selections were Vacant Ritual Assembly #4  and The Undercroft #7. They just felt the most punk rock, to me, at the time. 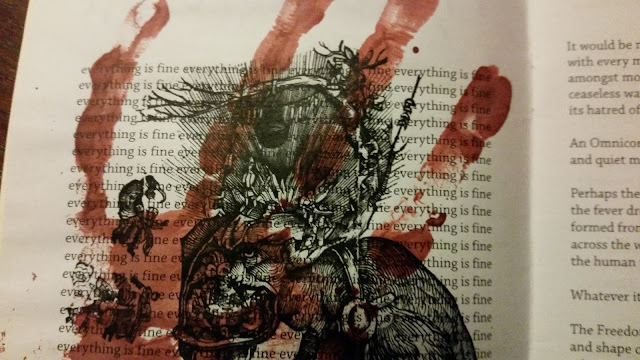 The most important quality of a zine for myself is there is "stuff" I can use immediately at the table with a flick of a page. No lead in, no boxed text, just an immediacy of game content felt personable, new and ready to go.

Which is kind of contradictory on its face; looking for original content that is quickly grasped and made useful? Do I ask too much? Apparently not.

Both zines met my illogical desires and demands plus more.

Undercroft came in a hand-made envelope with a secret stamp while the zine itself was embellished with flecks of red ink, fingermarks, the impression of someone bleeding to death on the pages. I think I was all in for less than seven bucks to have this bizarrely personal piece of game artifact delivered to my mailbox on any given Tuesday from across the world. Art and presentation are the stand outs from this zine. The content is a bit iffy, but it passed the immediacy test with the last article containing a must have NPC. There is nothing more valuable to  me as a GM than a useful NPC. Not that I used Old Sigvor in toto, just that it gave an intended villain another face, more depth than I would have otherwise presented. The other articles and tables in the zine will be useful in their time, but I really enjoyed holding this brutally wrought gift in my hand.

Vacant Ritual Assembly #4 doesn't have the same level of dirty handed elegance but the pages are brimming with useful content. The front cover art is awesome. That wanky line art is just the right kind of loose scribble which sparks ideas in my game head. Very Traveller or Gamma World. I pulled a dream trance setting for a Sword & Sorcery campaign from its slim pages. A whole druidic battle cult race religion was available fully formed from its pages which inspired a Dying Earth BFRPG setting. I needed a lotus den for my then running Sword & Sorcery campaign and well the zine had that too. All in all promising adversaries devised "through a terrifying cosmos of adventure-gaming psychedelia." was well articulated in less than twenty two pages.

If this level of accomplishment is routinely being delivered by the myriad of OSR zines currently available then table top rpg'ers are indeed in the middle of a renaissance which will take decades to unravel and appreciate.
Posted by Jay Murphy at 9/17/2016 No comments:

Email ThisBlogThis!Share to TwitterShare to FacebookShare to Pinterest
Labels: OSR 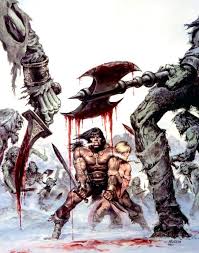