Taikang City, word on the street

While the PC's have only been in Taikang City for a short while, crew members have noticed the following about this large, old city: 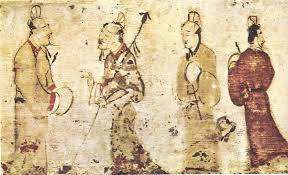 Posted by Jay Murphy at 9/26/2015 No comments:
Email ThisBlogThis!Share to TwitterShare to FacebookShare to Pinterest
Labels: Sword & Sorcery, Xoth

Lotus Politics in the World of Xoth

The PC's have come across several types of Lotus during their adventures in the World of Xoth, and I thought I would jot down this quick reference to these dangerous plants as is so far known in the campaign; 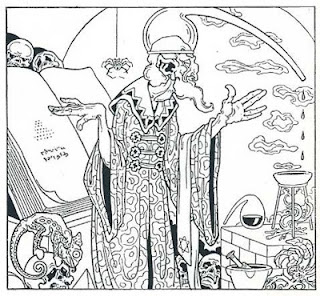 Yellow Lotus is most common and like most of the different lotus plants, must be turned into a powder before it can be used effectively. It is grown in Khazabad, Amanti, as well as some of the far western nomad nations. Favored by thieves and cultists, Yellow Lotus is highly addicative, can cause incredible hallucinations, and makes one susceptible to suggestion.

Red Lotus; a highly addictive powder which when smoked gives one increased physical and sexual attributes beyond normal ken. This lotus is also found throughout Khazabad and the other decadent western nations. The Red Lotus is favored by gladiators, and pleasure slaves for "seeing red" is one of the only ways to blot out the pain of their fates.

Silver Lotus; can only be found on the Silver Lotus Isles. Reported to give the user enhanced powers of the mind. This is all considered nonsense as none of this miraculeous powder has ever been seen in the markets of Xoth

Purple Lotus; the mysterious lotus of the far east. Known to deliver exquisite ecstacy beyond the comprehension of mortals, and produce the most powerful and subtle poisons in the hands of master poisoners. This powerful narcotic is grown only amongst the high peaks of the island kingdom of Taikang. Only the truly powerful have access to the hidden trade for the fruits of this elusive plant.

Black Lotus; the stuff of legend and mythology. It is believed that through alchemical formuli derived from the inscrutible texts of ancient gods the purple lotus can be transformed into black lotus, the essential ingredient of sorcery.

Posted by Jay Murphy at 9/16/2015 No comments:
Email ThisBlogThis!Share to TwitterShare to FacebookShare to Pinterest
Labels: Sword & Sorcery, Xoth

Sailor Hiring Table for Taikang City in the World of Xoth

When PC's need to hire additional crew members amongst the tea shops and lotus dens crowding the busy wharfs of Taikang City, roll on the following table to see who responds to their job opportunity.

Don't forget to consider how the PC's go about their hiring campaign. While Taikang City is busy harbor town, foreigners can misstep and cause difficulties within the teeming streets.

Whether running afoul of the inscrutable bureaucrats which hold power, alchemical assassin guilds, or lotus drenched sorcerers, pulling off a successful recruiting drive can be an adventure in itself. 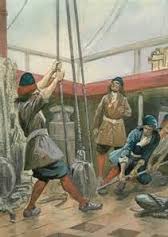 Taikang City Sailor Table; roll 1d12+4 for number of applicants. For each applicant roll 1d12 to determine who he is.

1. Fleeing acrobat.
2. Disturbed psychotic.
3. Visionary beggar.
4-12. A seasoned clam harvester who is good with a net and knows how to trim a sail.

The following tables gives the Managing Editor gonzo content on the fly for your Fear & Loathing USR, as the good Dr. would have you do it. Gonzo adventures by their very nature are improvisational, and you are encouraged to go with your player’s suggestions, respond to their crazy ideas and turn them into sordid, depraved nightmares. I have seen others suggest that when you have used a result from a table that you cross it out and replace it with one of your own! This is excellent advice and is encouraged for this table as well.

Using other adventure hook generators I've found on the web and reskinning them with gonzo chrome has yielded the following forty one adventure hooks. Feel free to help me get to 100! 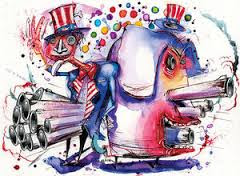 Gonzo Adventure Generator; (roll 1d100) actual location of event, foreign or domestic, is left up to the discretion of the ME.


41. At the bus station a homeless woman grips your wrists and says; (roll 1d6) 1-2 “I reckon Melvin, he ignored it ’til it blowed up in his face. He was obsest ’til it all come undone with this wallet Clarence lost.” 3-4 “Retrace your steps.” 5-6 “Code 20, officer needs routine assistance. Commissioner’s Office reports possible Promoting Prison Contraband, in 800 block of Adams Street. Suspect is 390W, clearly intoxicated apparently biracial female, wearing silver tooth decorations. Over”.
Posted by Jay Murphy at 9/14/2015 No comments:
Email ThisBlogThis!Share to TwitterShare to FacebookShare to Pinterest
Labels: Gonzo, USR
Newer Posts Older Posts Home
Subscribe to: Posts (Atom)