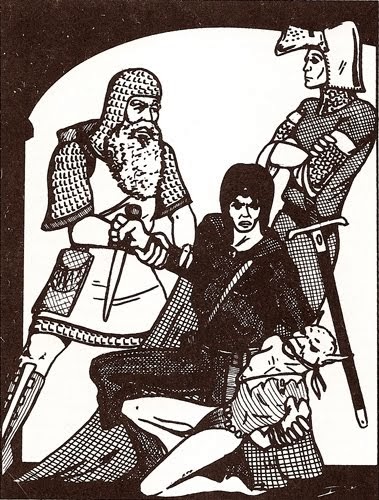 Instead of talking about how I want to play role playing games now.

Not truly face to face, but on line.

Outside of my face to face scrum of a railroad adventure mashing up B10 Night's Dark Terror with Chaosium game mechanics, I have not enjoyed face to face play since 1988.

But the live play via on line video chat has been really enjoyable, and has let me try these lovely games once again.

But answer me this. Why are people thirty years later playing D&D the same way I played it when I was eleven? Seasoned gamers wax poetically on player agency, sandbox play, collaborative story building, the thrill of open ended adventure and what if. Why role playing games are so off the hook when it comes to social entertainment compared to watching sports or pitching horseshoes with your buds. All sorts of heady stuff.

Finally, it seems to me, there are a plethora of experienced players loose on line available buying into the greatness of the medium. I find them blogging, playing, creating, publishing here on line.

While available technology such as video chat has allowed instant gaming opportunities gathering a good gaming group is still something to cherish, and takes work. I feel very lucky to meet complete strangers on line and get nothing but good vibes, good cheer, and a good time. Now lets play. Okay, we head to the caves. How many days travel? Okay, what do we hear? We rush in. What do we see? Faaack.  My first on line game with the OSR was a trip down eleven year old lane.

Yeah we were playing B2 Keep on the Borderlands, a well known adventure relic, but that whetted my appetite all the more. I looked forward to tackling a long ago played treasures with a more informed, and enthusiastic intent.

So I was completely mystified why most PC's were against any other plan than to march directly to the caves, charge in, and have to with whatever came our way. My PC has survived three hack and slash approaches. Just barely. Bumping and grunting against psychotic subterranean foes. Jabbing spears into each others vitals, letting the probability die fall where they may. It has left me with meager gains, and a character still breathing. Not much else. I ponder a better way to ring the caves like a blood soaked rag filled with diamonds. I ponder the absurdity of the economic system of the Keep itself. I ponder the validity of stumping into someone's home, slaughtering them and their family, and taking their valuables.

A lot of it probably has to do with going along to get along. Finding a game to play live, whether in the flesh or through the internet, with others which fits your time schedule isn't always easy. And I truly enjoy talking with all the players around the table trying to forge an exciting adventure.

But I find a lot of resistance from the group to. No one seems interested in, say, muck stables for three months at the Keep. Watch the coming and goings of the place. How many wagons of food a day does it take to keep people fed, how far do these goods come from, do the hired guards seem satisfied with their pay or is their a high turnover, is the Keep ever attacked by the monsters from the caves, do the people love their Lord, what relationships exist among the inhabitants of the Keep? Does anyone live outside its walls? If I'm working out of this place paying top dollar for food and lodging why doesn't the group start wholesaling to the Tavern, Provisioner, Smithy, etc? Why are players reluctant to approach the caves of chaos from above, and spend days watching the comings and goings of the place? To recon, gather information of the world in which our PC's inhabit so as to begin to find the tools we need to exploit our surroundings, satisfy our ambitions and goals? But I only find my character in front of some cave entrance trusting to the luck of a d20 roll.

It is most likely these interests of mine are just not the interest of anyone else in the group. Then clearly I am barking up the wrong tree. I'm sure I'm barking up the right game though :)
Posted by Jay Murphy at 10/27/2013 No comments: 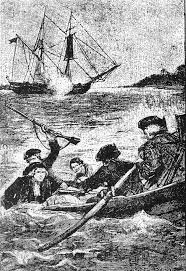 Feeling to full of myself I demanded Treasure Island was the best adventure ever written. Pacing, dialogue, immersion, character development; the whole work is entirely off the hook. The electricity coming off the fingers while the quill dipped the inkwell, well, if I could capture that call me Stephen King!

This was orated in front of the television before a not too interested roommate who had just completed a Jules Verne story.

While Jules Verne illuminated great ideas Stevenson breathed stale breath in my face, forcing involuntary fingers to twist powder in the breach of my flintlock.