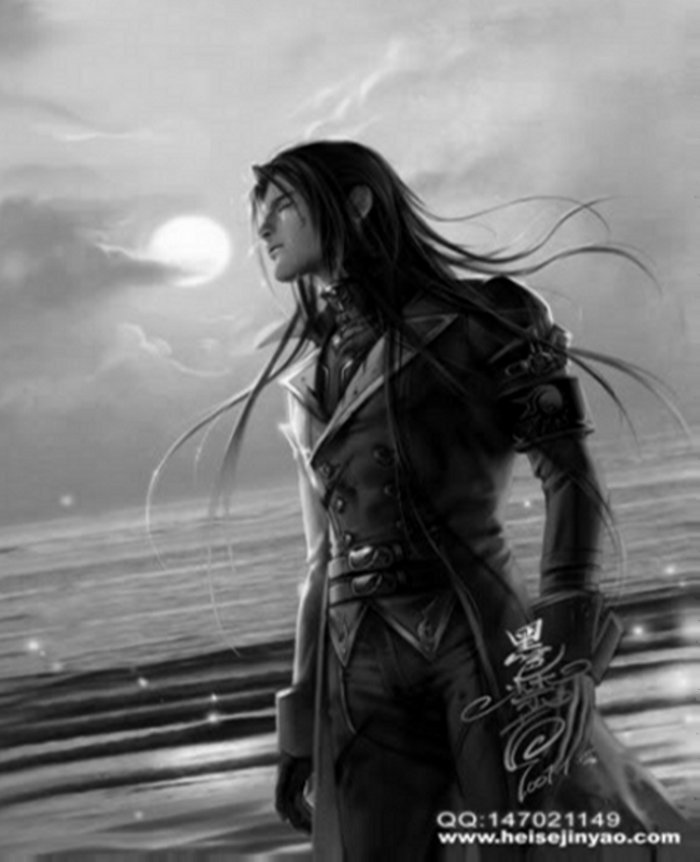 I must admit to my "house rules" concerning the casting of magic in the design of my OpenQuest Fantasy campaigns.

The core rules require a successful roll against your magic skill for your spell to be cast and take effect. If you fail your skill roll the spell does not take effect and you suffer a single magic point loss.

With an unmodified 33%-36% average starting Battle Magic skill level many character creation points need to to be invested to give any starting spells a decent chance of success.

A character who pursues Sorcery at character creation can expect to see up to +40 free character creation points in which to bump up their starting skill roll added in, but you are still looking at a steep price to pay for a reasonable chance of your spell casting to take effect.

In my campaigns I prefer a known spell to be automatically successful (excepting fumbles on 99,00) while a "successful" skill roll will cut the magic point cost of the spell in half. Therefore a magnitude 4 spell costs 4 magic points to cast, but if you roll a successful skill roll this cost is only 2. Fumbles can cause up to double the magic point cost and the possibility of other damaging effects. To give sorcery a more grim and darker aspect spell casters may sacrifice a living being during spell preparation to avoid any deadly effects from the result of a fumble roll.

This should create a magic system where methods of using magic points other than your characters own would be sought with hideous desire. Spells which took advantage of the spilt blood of sacrifice as well as protect the caster greater sought still.

Xagyg's Guide to Celestial Protraction is the name of the curious tome our Hunted Magician has had for many years. He has discovered at least two spells of sorcery buried in its complicated formula as well as the mastery of potions which cloud the judgement of the mind. It is his most prized possession and his shop is known for quality love elixirs and mind altering brews.

I sink the six magic points given at character creation into both Battle Magic and Sorcery. Battle Magic is a school of magic open to all characters at creation and I choose "Create Potion" and "Enhance Skill Influence" at two points each. The remaining two points are spent in the school of magic known as "Sorcery". These spells are completely made up and one is offensive and the other is defensive. Flame of Obru and Skin of Plazar are crafted to allow the spell caster to travel with some protection through other worldly planes. In the fantasy realm which our character finds himself these two spells create a devastating blast or a skin tight layer of physical protection.

The plot hooks which can be devised from arcane formula and obscure text should be endless for the enterprising GM. The need to protect a fragile vessel such as a parchment bound book should provide he charcter with endless motivation.

But why is this magician hunted? OpenQuest encourages you to begin character creation with a character concept. For the Hunted Magician I rolled on a table from Tales of the Grotesque and Dungeonesque for some type of afflication. This ended up with a gambling addiction which has racked up an impressive debt in one of the lowest gaming houses of the starting sandbox city. The PC's debt is so far past due that there is no chance of squaring it except through the most magnificent sums. The criminals who the PC owes the debt have contracted assassins to kill you as an example to others. If your secret was exposed your small, successful alchemy business in the city would be ruined.


I have house ruled OpenQuest character creation some and the method is described in this post.
Posted by Jay Murphy at 11/21/2012 No comments:

The OpenQuest rule set makes for robust fighter character types especially with the application of Battle Magic to increase the players lethality in combat.

My post Magic for Non Magic Users discusses ways to apply the Battle Magic points available at character creation to customize the PC you want with the expenditure of six magic points of magnitude.

For this robust mountain of muscle I decide the Battle Magic points are to be spent towards "Gladiator School", and choose the magic spells Coordination and Enhance Skill Close Combat. Both at magnitude 3.

This will give our combatant a spurt of deadly energy in which to tap when the need arises. Since I house rule automatic spell casting success and magic point reduction for successful skill roles, successful skill roles have the benefit of allowing the Retired Gladiator to continue his murderous show far longer.


This is another reason why I've house ruled for automatic casting success. A fighting character should be able to rely on his ready sword arm at a moments notice, even if after a few combat rounds it leaves the PC exhausted and weary.

To complete our character concept a character background story is suggested, so here is ours:

Young, he was a slave since birth. Knowing little outside of the hell holes he grew up in and the gladiator school he defended his life in he has survived as an accomplished killer and showman. By earning the respect of the crowd and winning the grand tournament of gladiators he won the money to pay for his freedom.

By dumping generous points into Athletics, Dodge, Streetwise, Close Combat, and Unarmed Combat we have a one man wrecking machine.

By sticking him in the Foul Sand looking for something to do with his new found freedom and his new found small fortune in silver coins he should be a wanted member of any new forming adventure party.
Posted by Jay Murphy at 11/18/2012 No comments: 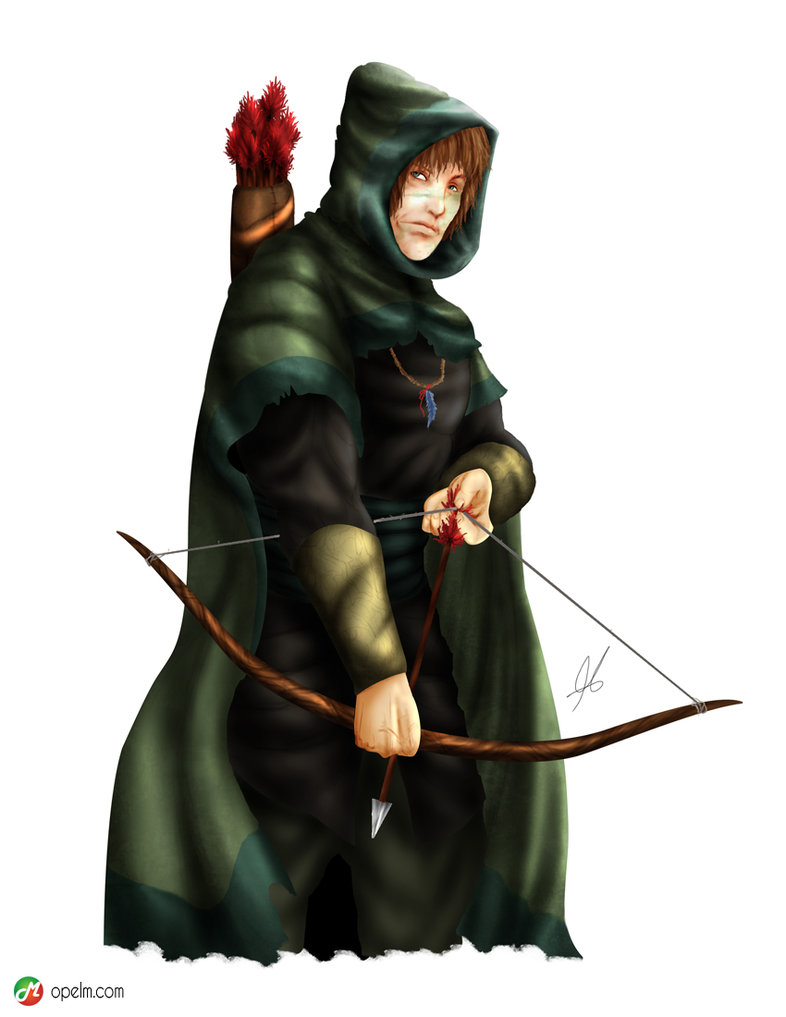 Further utilizing the material found on the blog Tales of the Grotesque and Dungeonesque I will create the next ill fated player character for OpenQuest Fantasy Adventure Campaign #2.

This character of country birth worked as a scout in the army, but has been recently let go. Missing a cleverly set ambush while out on patrol many soldiers died. Only your savage fight for survival against grim odds spared your court martial. Back here in the city far from any one you know you are beginning to desire the safety of the wilderness.

OpenQuest Fantasy Adventure Campaign #2 is predicated on a dark fantasy setting with players urged to use human characters. This character is designed with the ability to function well in the wilderness surrounding the campaign's starting point.

Significant points are invested in the Combat Skills as well as Perception and Riding. As a ranger you carry very few personal possessions. What you have is usually tied in the bedroll at your feet. What few points you have in craft are intended for the repair of your outdoor gear and weapons.

Taking advantage of OpenQuest's suggested rules for Background, Appearance and Personality I give this poor mercenary an intriguing map with unknown inscriptions. Maybe one of his more learned friends could aid you in deciphering it?

All starting OpenQuest player characters receive six points worth of Magic Magnitude. These six points allow you to further customize and design the PC you have in mind.

For the ranger I keep it simple; a small package of abilities I will name "Ranger Lore", abilities he picked up growing up in the untamed northern forests. Clear Path (4 magnitude) is the ability to move through dense undergrowth as if it was clear terrain. The points of magnitude of the spell determines how many people the ranger can effect within 10 meters. A Heal (2 magnitude) spell will be extremely useful when it comes to weathering the extremes of wilderness adventuring.

While I have incorporated OpenQuest's magic requirements into the character creation process, you can see how I have not necessarily given the ranger an overtly wizardly nature. While the initial expenditure of magic points may seem an awkward mechanic for innate class like skills, consider the adventure implications of devices, quests, etc. which would enable the player to acquire magic point stores or otherwise overcome the built in limitations.