Problematic Interrogating of Colonial Oppression in your Misogynistic OSR game

It is what it is. Running a role playing game in Seventeenth Century Europe where all the superstitious historical and literary tropes are real. In a game sense. We all know witches aren't real, but it was "legal" to burn people alive. We know forcing others into bondage is horrid, but slavery is matter of course. We know zombie movies are a parody of the depredations humanity visits on itself, but the next Battle of the Bulge is just around the corner. 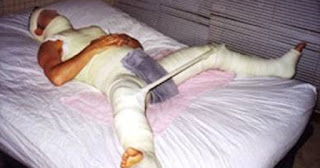 I love the fact that the horrid human fantasy is but window dressing in the furious car chase which is my Clockwork & Cthulhu campaign. Slavery, splat. Cowardice, splat. Alien infestation, splat. Thieving and double dealing, splat. Cannibalism, splat. Gun fights and murder, and murder, and murder, splat. Taking advantage of the unhinged and mentally soft, splat.

Coming from a literate society and playing with others who are well read in the classics; Kirby, Beowulf, Hustler, just makes for a great game. Nothing is sacred and everything is on the table. Traditional role playing games can take any premise, any genre, any implied conceit and make it rock if the principles of good gaming are respected; Game Master with a firm grip on the genre, and Player's who do stuff. After that the setting doesn't matter cause the random mechanics of game play just add an edge to the event. This being everyone at the table has done something awesome, and you know what, you still may get fucked. Trust your Game Master or become one. Do both and be of service to gamerkind. Use POD and DriveThru to make all you have available to others. This is the golden age of gaming. It can only get better!
Posted by Jay Murphy at 8/12/2018 No comments:
Email ThisBlogThis!Share to TwitterShare to FacebookShare to Pinterest
Labels: Role Playing Games

The anchor podcast party continues to grow and more and more episodes from anyone in the gaming universe are dropping every day. But the newest comer on this new block has got me out of the house and working on one of my game books in the parking lot where a lot of the local transients camp for the night. 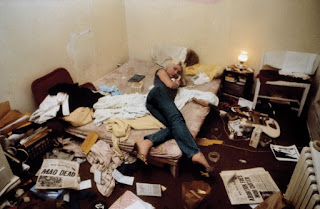 Scourge Books has caught my attention with its glib attitude and basement living bombast which gets me thinking of overflowing ashtrays, empty liquor bottles and a corner of the room stacked with amps where the “band” practices. Where I’ve seen brevity reign (my podcast included) with gamer podcasts on anchor dropping in at fifteen minutes or less, Scourge Books plopped down an hour and half long first episode. A rambling bull session between “Scourge” and his “Woman”, keeping names and background absent, only revealing themselves through the dialogue; the gaming, video, music topics the two bounce through, the new show feels like a cut up four track mix reminiscent of DIY Heroin-Punk from the late eighties, except it is about table top gaming. And it is on the internet so immediately accessible. I’m sure someone can tell me in a red-hot minute who Scourge is, but for a brief moment the weird world of online content delivered me a dirty, underground thrill like reading Naked Lunch for the first time.

If Scourge and the Woman can keep it up, keep the topics revolving all hipster and eternally young and ultimately disposable Scourge Books podcasts could easily become a favorite listen of mine while I toil away on my own obscure DIY role playing projects. In a van. Down by the river.