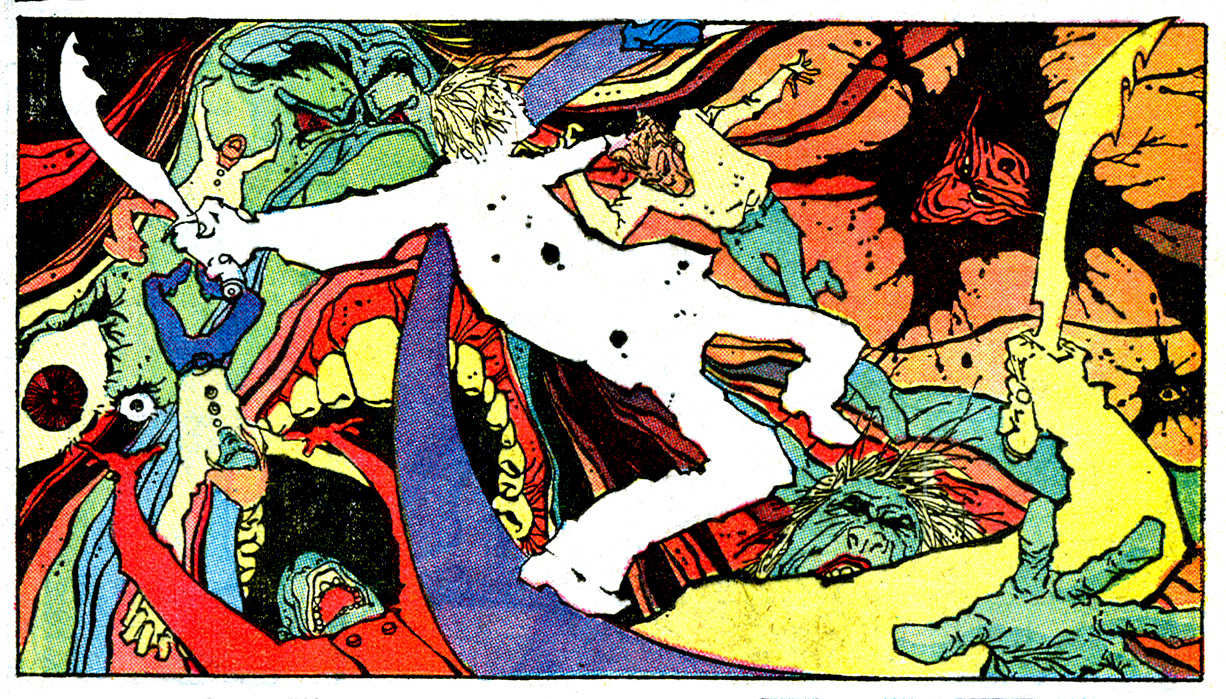 I am a fan of Aos' great sword and sorcery blog Metal Earth. I find all the free campaign content he has hosted fantastic. His last post mentioned he was bored with the site, and was done with it. What I found intriguing about the walk away was it seems the comment function was turned off.

While I appreciate, and respect an artists right to declare a piece of work finished I do wish Aos would leave the comment function open.

This would provide glowing fan boys such as myself to gush over the content provided.

Why would you not want to know years from now all the crazy ass adventures folks from around the world had used your stuff for?

So there you have it; AOs, please turn your comment function back on, please...?
Posted by Jay Murphy at 4/27/2013 No comments:

And had a blast creating some old school PC's straight out of the book. I printed out some of the BFRPG 8"x10.5" Notebook Paper Character Sheets, and got to rolling ye olde 3d6's! 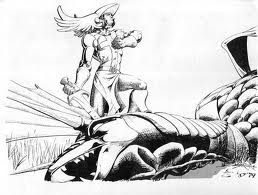 My initial character rolls left me with Strength, and Intelligence as my two highest stats sitting at 11. If I understood the rules on Combination Classes on page 6 correctly I decided to go with a Human Fighter/Magic User. This would mean "Daegan Fiend Seeker" would need a total of 4,500 XP's to achieve 2nd level, but would enter the game world fully armed, armored, and sporting the ability to Read Magic, and cast Protection From Evil (this spell was rolled randomly)! I chose race Human for the additional 10% XP bonus.

For my second character the ability scores were all 12 or above with Wisdom and Constitution as the highest at 14, and Charisma garnering a +1 bonus as well at 13. Can someone say Cleric! "Lamithe Vor'gund, servant of Balach" looks to be a perfect companion for Daegan, a learned warrior dedicated to crushing fiends of darkness. 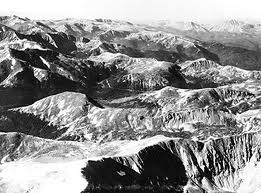 So, yeah, I'm showing my role play upbringing  was solidly based in D&D Basic boxed set, but I feel I could take complete newbies to role play and easily help them create satisfying fantasy adventure heroes with Basic Fantasy.

If I happen to be so lucky to gather a game group somehow someway here in the wilderness of the High Rockies I wouldn't hesitate to use this rules set as an introduction to role playing games.
Posted by Jay Murphy at 4/24/2013 No comments: 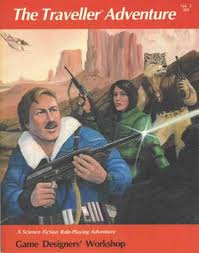 Space Opera; Hard Sci Fi on my genre tree starts with Traveller. I've never played Traveller, but I have Gurps, and Hero Games sourcebooks, and would love to play some cliched sci fi tropes from "Behind the Claw"!

I would try to plunge in hoping to achieve an arena death match, star ship combat, fearsome space marine assaults, interstellar espionage, corporate sponsored wars, alien first contact, and lost civilizations. These type of grand adventures should be made available to your players  as their PC's take shape preparing for their first adventure. 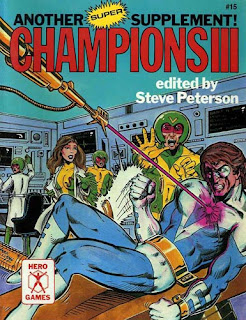 The four color world of Superhero comics is provided for on my Genre Tree, and I would simply loot my Champions source books, and adventure books to create the initial sandbox. I describe my initial ideas for the campaign setting here.

You do not have to restrain your branch to the Champions Universe by Hero Games. The Comic Book world has thousands of pages, and almost any subject matter is touched upon. What they all have beating within its Krypton-vulnerable heart are characters thrust into struggles with shifting moral clarity. Anxiety wrought tension wraps every action with the cost of failure high. This is usually juxtaposed with the player's incredible powers and abilities.

Comic Books came into their own as a legitimate literary genre with their incorporation of modern psychological thought. Sarte, Jung, Einstein, all their philosophical constructs come bursting forth in spectacular eruptions of power in comic books.

This branch can be as long or short as you care to make it. Here is mine;

Space Opera and the Apocalypse

My Space Opera branch for my Genre Tree covers a wide range of science fiction, and science adventure fare. 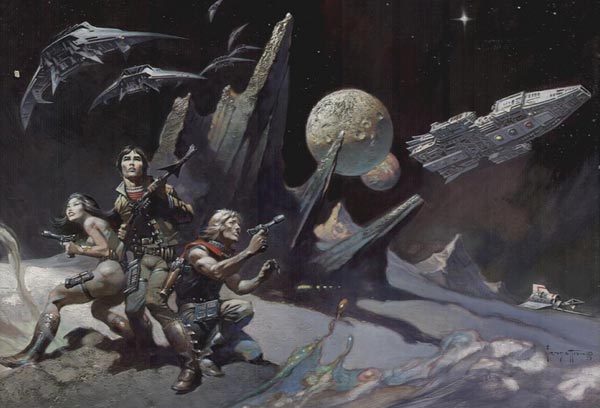 From zombie plagues, and star troopers to the world of four color comics, this is why I intend to use the USR system when presenting this menu of choices to players. I'll need a completely flexible game system to follow the whim of player choices.

Post Apocalyptic story arcs never go out of style, and once again, your sources of inspiration to be found in film alone are immense. I for one am mashing up Aos' material from his fantastic blog Metal Earth with my love of Kamandi, the last boy on Earth DC comics series. This mash up would be my Space Opera, Post Apocalypse campaign setting. Though there are significantly more world settings to be had. The popularity of The Walking Dead television series not withstanding, different "collapse" scenarios are numerous, and all have particular story needs. 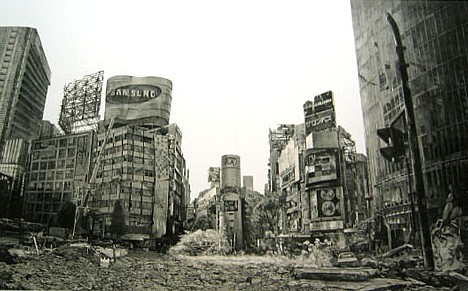 This branch of the Genre Tree should demand more background material be forth coming from the GM for the players to orient themselves in their game world. Even if it is a narrow band of non polluted ground, the players should have a handle on how they have survived in this hostile world. What has allowed them to live while others die.

Die hard Gamma World, and Mutant Future fans will find their favorite story lines here, and should be prepared for the shocking deaths their PC's will find. This does not preclude civilizations anchored on the long dead carcass of a past world to be flourishing, but the effect of some disruption is embedded in the culture.