Of course the reason you purchase the bundle is to get Patrick Stuart's and Scrap Princess' awesome Fire on the Velvet Horizon release. And support the great women who add to our hobby! 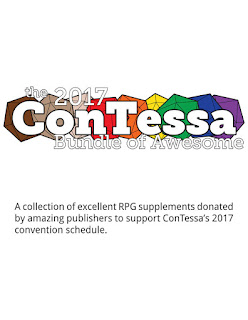 Only two players could make my Sunday morning Clockwork & Cthulhu campaign so we decided to run a one-shot of something different. I pulled out my USR hack Anthropomorphic USR with the accompanying introductory adventure I wrote. 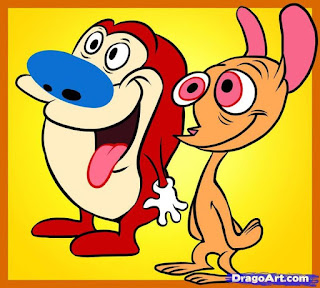 Utilizing USR for an impromptu game session is a no-brainer because it is a free rules-lite system with the basic free rules by Scott Malthouse like only nine pages. Character creation can be done in literally five minutes. At least that was the case for two PC's approaching The Terror of Central cold with no previous experience with the system.


The PC's selected their attribute mix and rolled for Hits. They both decided to roll randomly for their animal they derived from. One got a yak and the other an ape. Each fancied the other's animal so they switched. F%^$ng PC's. Always monkeying with stuff. For specialisms the Yak chose Mentalism, Demolitions, and Repair. The ape identified some form of hyper-polyglot ability and flinging poo. I don't think his third specialism was called out as it didn't seem to come up in play. Since The Terror of Central adventure has a specific set up there was no need to go through an equipment selection process. While the PC's bandied about names I read out the introductory "boxed text" for the adventure.

The introductory adventure in the rule book is an "escape the lab" scenario. As newly created anthropomorphs the PC's seek a way out of their current confinement during an apparent system wide malfunction. It didn't take long for Yak 'n Ape, the two jackanapes,  to begin exploring and messing with anything which looked messable with to start figuring out the environment. Per the scenario I rolled to see if Central comes back online every time the PC's entered a new keyed location. Central rolled positive when the PC's hit the teleporting tunnel. This calls for the PC's to be transported by Central to an alien planet. But before that they triggered the nuclear core meltdown by striding through the irradiation room, and lulled a sonic wailing unfinished clone to sleep before it shrieked them to death. The two anthropomorphs decided on keeping the little horror and pushed through to the cold storage server room. The ape, using his tremendous strength, ripped apart the door on the clone pod to fashion foot protection to retrace their steps back across the rapidly heating floor plates of the nuclear meltdown room. Shortly after flooding the rooms with glycol coolant in an attempt to stop the floor-melting heat in the irradiation room they found themselves in the teleporting tunnel.

But where to send them? Lacking a plan for this I turned to the random table I generated for The Monolith Beyond Space and Time. That adventure has a similar event and I penciled in a 1d6 table to roll a random world for PC's to transport to. The table consisted of: 1. Quelong, 2. Champions-based Earth filled with superheroes and supervillains, 3. Corum(Darksyde), 4. Carcossa, 5. Scenic Dunsmouth, and 6. Peril on the Purple Planet. If I rolled #5 I probably rolled again as I wouldn't have time to generate the village. Or I guess I could have just pulled things out of the book I liked on the fly. It's not like that isn't how I end up running a session anyway. But I didn't. I rolled a six and sent them and the sonic "baby" to the surface of the Purple Planet.

Using the opening pitch of this DCC module I put the PC's within the teleporting tunnel, but now it is just a torn out section lying twisted on the side of a rugged hill. In the distance the weak, red sun. Below on the purple sands ursine-like humanoids battle each other around a cairn, each trying to plant their battle flag. Unnoticed but outnumbered the Ape PC decided to weaponize the weaponized unfinished clone by swinging the sleeping thing over his head and hurling it into the ursoids' melee. This happened after he snuck down close enough to hear them curse over the din of battle. Using his polyglot specialism he was able to get a handle on what was going on. The hurling has the predictable result of waking the unfinished clone who once landed amid the warring creatures began shrieking it's deadly wail. This killed many close to the wailing creature and put others to flight. The balanced now tipped in favor of one side and the losing clan fled the field.

The victors planted their battle lance on the cairn, took trophies from the dead, and departed with the body of the unfinished clone. During the battle the wailing clone was attacked by some of the more resilient ursoids and silenced by brutal blows. When the coast was clear the PC's descended upon the purple plain and inspected the cairn more closely. It was artificial, metallic, and scoured by ages of windswept sand. Further the battle lance holding the flag of dried skin was obviously a rifle of advanced design and technology. They also found a handle recessed in the side of the cairn which allowed the side to be opened. The Yak used his Repair specialism to restore power to the artifact which in turn teleported the PC's back to the lab.

When PC's cross dimensions in my games I'm of a mind if the adventure isn't about escaping the new dimension don't let the game stay for a long time in the new dimension. This will mean not making it difficult to leave, or to backtrack to the original game world. And this is fitting with the genre of action-orientated anthropomorphic animal comics.

So the PC's returned to the lab arriving at the junction of the teleportation tunnel, but with a section of the tunnel now missing leaving only bored basalt stone walls and severed power couplings. Here I made note my instructions for how the teleport tunnel works in the printed rule book is all garbage. In the book I have anyone walking down the passageway in either direction will be "flipped" into walking the opposite direction right before they return to the junction. This doesn't work as described at all. After this blog post I'm editing the book to make the "endless" teleporting tunnel work, make sense, and add more to the adventure.

Now the lab, apart from the missing section of tunnel, appears to have come alive in the party's absence. Including audible instructions ringing out from hidden speakers to cease resistance and prepare for termination sequence. Nonplussed, the Yak wants to examine the rifle they brought back from the purple planet. Making rolls against his Repair specialism he figures out quickly how it operates and that it is an energy weapon powered off of battery packs. Then the security robot arrives in the corridor. The PC's don't hesitate with a ranged fusilade of poo and plasma. Badly damaged the security bot lurches forward to engage the PC's but the Ape uses his Climb! (that's it, that is his third specialism!) to jump up onto the ceiling, using his strength to grip into the corridor ceiling, out of the way of the attacking robot. The Ape concludes the demonstration by dropping down onto the robot and stomping in its head. Before another security robot shows up the Yak has taken apart the downed bot and fashioned a bomb out of its power supply complete with wireless detonator, and the Ape has hammered the head casing into a serviceable helmet. 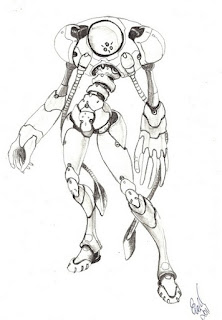 The second attacking security bot beats the Yak senseless before the Ape can get the better of the bot and it to lies in ruin upon the hallway floor. The Ape revives the senseless Yak and he makes another bomb. It is here time was up and the session called.

Besides the error in the printed adventure the system, rules, and all seemed to work as intended; fast, loose to interpretation. As a one-shot I wasn't too concerned if I got some of the details on how the lab functions incorrect, but I could organize some of the most important information better and more on the front end of the text. Reference sheets for the Game Keeper with all the charts and tables from the rule book would be useful at the table. I'll need to create one and add it to the publication.

At the end of the day it was the great willingness of the PC's to embrace the genre and game accordingly which made the session work. Between the two of them they could carry the game without my input for stretches, but that is something I've gotten used to with this bunch during our long running Clockwork & Cthulhu game. As a group they don't need much from me to keep the action going.

6/19/17 [Edit]: The recovery and healings rules need to be looked at. They will most likely see a rewrite in the upcoming POD copy of the game I am writing right now!
Posted by Jay Murphy at 6/11/2017 No comments: