First post of the new year is about endings. Specifically, the first “campaign” arc of Even Heroes Bleed has concluded with a tacit acknowledgment of the fact opposed to some earth-shattering conclusion or epic battle.  In a sense, perfect for the moment. 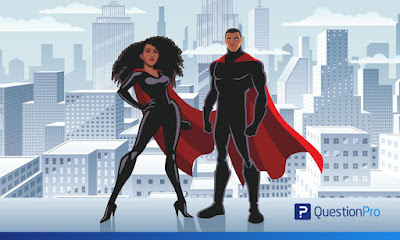 Perfect in some significant changes have come to the campaign city because of the PCs actions and there are numerous plot hooks and adventure seeds trembling in the breeze waiting for the PCs to pursue. In no small order they are,

1. What is going on with Starhold? Two weeks ago saw the tragic loss of the Starhold shuttle during a regularly scheduled flight to the orbiting prison. Without a space shuttle for transport any EEs charged with criminal activity will have to be imprisoned on earth and earthly facilities have not been thoroughly tested against EE powers and capabilities. The recently defeated Troll is an example of such a conundrum. He is currently being shipped to the Starhold downport facility. Hopefully the building and personnel will be sufficient to keep the criminal EE incarcerated. Also, the passenger on board the shuttle when it exploded was not a nobody. It was the son of Dr. McKeever, the missing scientist on the federally funded COVID-24 task force and now believed to be an EE himself called Metereon (Me-ter-on). Knockout was also a member of the research team, and she is still missing, fate unknown.

Codename Wolf, McKeever’s son was carrying an alien meteor shard. The shard, found during an EE operation, was gaining mass hourly and Wolf was the only person capable of lifting it and moving it around. It was decided by the Feds the safest place for it was in the weightlessness of space on Starhold. With the shuttle explosion it can only be assumed the alien meteor shard will return to earth’s surface.

2. What is going to be the fate of BAM! addicts? With no more access to the drug these drug sufferers are experiencing terrible withdrawal and lashing out murderously. This would not be more then a mental health crisis but for the fact some addicts violently explode while others have gained enhanced abilities. Murderous drug fiends with superpowers loose on the streets may end up Capitol City’s worst problem yet.

3. What will the mayor do? Mayor Umpstead has declared all EE’s illegal within city limits, and he is aware the PCs know he is behind the arsons and real estate scam. Can he really maintain a truce with the PCS and conduct business as normal? One must think not.

4. What will replace the Baltimore? Bug had secured the North Elmview slum as a haven for the homeless, off limits to criminals and cops. Now that it is in ashes where will Bug and Mettle take their homeless wards?

5. Where did the black helicopter come from in this last episode? Yes, the classic black helicopter paid a visit over Endgame’s hideout launching Hellfire missiles and reducing the building to smoldering rubble. Military grade for sure, but who is pulling the strings on this weapon of death? And did Endgame survive the attack?

And finally, 5. What is up with those weird creatures from the first episode? You know, Creepazoid, Backtrack, and Leatherneck? Bug is convinced these strange beings are more victims than evil aggressors and our hero is wanting to find them and find out more about them. It will take a journey into the sewers of Capitol City to find answers to these questions.